Ahmad M Siddiqi is a novelist and academic. He completed his PhD from Oxford on the topic of Pakistan’s relationship with Afghanistan and the impact o... f the Soviet occupation. His research interests include revolutionary war and counterinsurgency, war and politics in Afghanistan, and the Israel-Palestine conflict.

Here are four mis­con­cep­tions about the Afghan cri­sis that West­ern politi­cians and pun­dits con­tin­ue to spread. 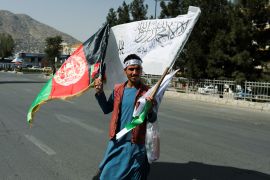