Anne Cadwallader has worked in Ireland, North and South, for 40 years, employed by the BBC, RTE, The Irish Press, Reuters etc. She is the author of H... oly Cross: The Untold Story (Brehon Press, 2004) and Lethal Allies: British Collusion in Ireland (Mercier Press, 2013). She has testified before the US Congress and British, Australian and Irish parliamentary committees as an Advocacy Case Worker for The Pat Finucane Centre.

Is Britain try­ing to hide its ‘mis­deeds’ in North­ern Ire­land?

A sweep­ing amnesty threat­ens to thwart the pur­suit of truth and jus­tice for vic­tims of the Trou­bles. 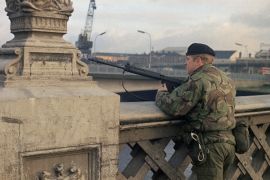