Nastasya Tay is a senior news anchor at Al Jazeera English and has reported from more than 25 countries across four continents. Much of her focus is o... n people: how societies grapple with conflict, inequality, poverty and environmental destruction. Previously a roving global senior correspondent for SBS Australia, she also spent nearly a decade working on and reporting across sub-Saharan Africa. Her work has spanned broadcasters from NBC, the BBC and ITV, to NPR and PRI; her words and images have appeared in The Economist, The Sydney Morning Herald, The Guardian, The Observer, The Independent and every major South African newspaper.

Is WHO mis­han­dling the coro­n­avirus re­sponse? 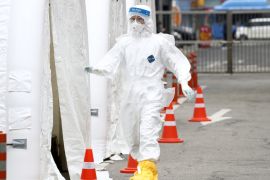